Photocase, a German-based site that collects creative stock photos, made available by a dedicated community, began in 2001. This allowed people to buy authentic cheap stock photos from people who were invested in finding and sharing creative stock photos. In this Photocase review, you will learn about how to find and buy authentic stock photos and what separates Photocase from the competition. The Basics of Photocase Over a decade of users uploading to and downloading images from this site has led to a modest but dedicated base of users who regularly find themselves in need of stock images. While noted in any number of Photocase review postings and articles, the collection isn’t as expansive as those offered by more corporate-focused stock image hosts which can turn some away. I found the StockPhotoSecrets review on of the best, but wanted to have my own one here. But the structure here is so unique that those who frequently use stock images may find themselves unable to turn to another site once working with this one. Standards by which images are selected differ greatly from rival sites. The art of photography is very much a focus in Photocase and the focus of potential commercialization–matching images to any number of industries’ standards. Uploaders, when their images are accepted, are given credits towards downloads of other images available. Income can also be earned by the download from other users, but this occurs when these downloads are not bought on the currency of credited awarded to contributors. So while the earning potential may be low with co many contributors being the same to download from other users, there is still a wealth of artistic imagery to be used. And this collection may only be on the rise, as the number of contributors remains small, these same people are dedicated to collecting and sharing unique images in this small community. Features of Photocase.com The focus of images collected here is on the unique and what could be deemed artistic in nature. These aren’t necessarily the same kind of photos found on the cover of major magazines but will appeal to photographers, graphic designers, and photo enthusiasts alike. Purchasing of images can come from credits earned through community interaction, debit, credit, and various methods of PayPal invoices. While the offerings may be appealing, and the community of contributors intimate, the offset is in the pricing of images. Users may find themselves paying more for the image here than they have at rival sites. Some single images can range from €10 to €20, and that’s not considering factors like size and whether or not images come packaged with others, which can up the price as high as €70. For many, the use of credits will be more appealing than paying the exorbitant rates, thus ensuring a self-sustaining library of images to be used and shared amongst the community. Contributors can earn 40% to 60% of their contributed images, and even in credits this can lead to purchasing power rather quickly. The issue of licensing is a big one with those who use stock images. It almost never seems clear as to when and where an image can be used without stepping on the toes of the original distributor of the image. But here users will find detailed guides on how licensing works, highlighting how images can be used and in which markets they can be accepted, along with where and how to credit the author of the image and how to purchase exclusivity to an image making a credit unneeded. They will have options to royalty-free licensing, requiring only a sourcing credit for limited runs up to 250,000 prints. There are also extended licenses that give the purchaser rights for unlimited prints and the rights to reuse images in reprints. Conclusion of this Photocase Review Determining the quality of the site relies heavily against the user who intends to use it and their needs of stock images. for those with an international audience they are trying to reach with a marketable appeal to rival that of fashion magazines and sites, a different site may be more to their liking. For the artistically inclined who want to capture people’s attention with stand-out images or brand with uniqueness, they’ll find a home here. 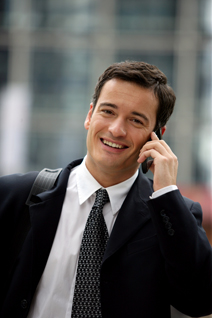